Blockchain is a very promising technology. But for now it is young, flawed and still a bit inelegant. 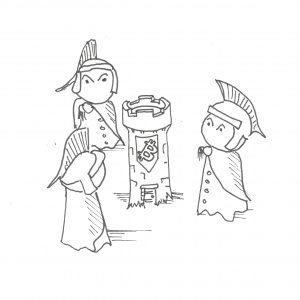 A tech-addict friend of mine recently confessed to me the frustrating pain he felt when he desperately tried, a few weeks ago, to explain the concept of elegance in technology to his smirking colleagues. I padded him he back with compassion, and thought : “OK I will have your back on this. I will write about it”.

Meanwhile I thought about it and realized : “Holly cow ! There is no better example to explain this than to talk about cryptocurrencies !”

What the hell is elegance in technology ?

This concept, which is utterly nerdy, is in fact extendable to any kind of “problem solving”.

A solution to a problem shall be deemed as “elegant” if it reaches its objectives in a simple, efficient and exceptions-robust way.

An “inelegant” solution, at the opposite, would still reach its objectives, but will be highly resource inefficient, overly complex, or have large limitations in its further applications.

To make it short, the concept can be pretty well imaged by this quote:

But how does this relate to Bitcoin ?

I am pretty sure that Antoine de Saint-Exupéry did not think about bitcoin and cryptocurrencies when writing this ( he was a visionary and genius, but still ). However, this quote does in fact very well apply, one century later, to blockchain, bitcoin and its cryptocurrency siblings.

The topic is hot so this might get touchy…

Let’s just say it and please pardon me crypto huggers !

Blockchain, as currently designed, is an “inelegant” technology.

I know a lot of you are annoyed right now, because they adore bitcoin and blockchain. So I have to explain myself, and more importantly why does it matter.

To do this I have to talk a little bit about the classical problem blockchain founders actually “solved”. Let’s talk about this original problem which is known as :

Imagine that 3 (or more) generals are besieging a city and decide to attack it. They need to agree on a exact attack time in order for their attack to succeed. They can only communicate through messengers. BUT, messengers, and other generals, can be traitors and loyal generals cannot verify the authenticity of messages they receive.

Okay stop trying to solve this. As you probably guessed, it is a crazy difficult problem, that you and I have no chance to solve, ever.

But, in a even harder version of it, the bitcoin founders did solve it, allowing bitcoin owners ( “the generals” ) to reach a consensus on the legit transactions blocks (“the attack time”) despite possible numerous malicious owners ( “traitor generals”) or corrupted transactions (“traitor messengers”).

They managed in more barbaric terms to “reach a trustless consensus on a distributed network“. I know, this sounds very nerdy, but  this is how it is called !

This was NOT easy. This is indeed a formidable achievement and a great progress in information technology. They did find a first solution, and it is working.

Well it is working, but it is “inelegant”

Don’t get me wrong, I am not able to do better. God no. They are geniuses, I am not.

But the solution they found has, sadly, huge limitations, which makes it somehow inelegant, and more importantly, probably unable to survive, in its current design.

The solution they found is called the “proof-of-work” consensus system and is used in almost all big blockchains and therefore cryptocurrencies (another method called “Proof of Stake” consensus exists but has different drawbacks and is not much used, for now…).

And this “Proof of work” consensus method has 2 drawbacks :

So for now one can say that the blockchain technology, despite its complexity and initial smartness, is in its current state still inelegant, and flawed.

But this does not mean that it has no future. The problem is that this technology is extremely promising, but is still in its very early stage of development. Academic and private research continues and I sure hope that a reliable, sustainable, scalable and well, elegant solution will be found because potential applications are innumerous, and overwhelmingly positive.

In fact the biggest problem of this technology right now is cryptocurrencies, which have drawn way too much unwanted and selfish interest in a way too young tech. Rogue speculation and predatory behaviors has meddled into what should have stayed an academic and open community of positive thinkers and researchers.

The idea of blockchain is here to stay, but it is still a long way from been perfectly “elegant”. I hope it will.