How sound investing can help you mercilessly crush your kids at board games. 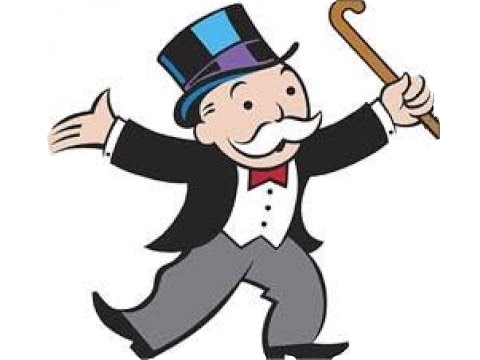 Once again my kids lead me into thinking at investment in a very uncommon way.

I was playing, a few weeks ago, Monopoly with my 8 years old son. It is amazing how this game still lives on. I was not planning on any preconceived strategy neither grand life lessons to my son. I was just playing. Relaxed. Cool.

But I am a nerd, and while I did not really cared to win, I did amuse myself in trying to “master” the game. To be able to win or lose if I wanted to (the later been useful as a parent). So I started over-rationalizing things. Planning and computing odds.

And it stunned me all the sudden.

All the sound investing principles I  profess to my clients and use for myself are actually quite useful in this game too ! Sweet.

So let’s try to apply them, and master monopoly !

OK. How do I diversify at Monopoly ?

First a short reminder on how the game works. Each player moves around a square shaped board which splits in 4 corner cells (no surprise) and 4 straight lines of 9 cells. That is a total of 40 cells around the board.

There are many other rules but this is not the Monopoly rulebook so I will stop here. Those are the main ones.

So, when you play, you have the potential to earn money on your “revenues” ( every time you pass through the starting cell ) and your “investments” (every time an opponent lands on your property ).

You can also “spend” your hard earned money on useless rents and hotel stays, if you land on an opponent’s property. Damn kid ! Using my weaknesses and vices !

While there is not much you can do to fine tune your “revenues”,  there is actually a lot to do with your investment returns. You will start with a clean table in front of you so you have the absolute liberty of choosing how you will invest.

As your investment capital is limited, you have the choice between focusing on a small number of properties or diversify across a wide range of diverse properties.

Which means, would you choose the former, that you would have more risk for an approximate similar return on investment (as the rent “levels” are actually proportional to the property purchase price, by game design, and somehow also in real life investments).

That is the point where my investor’s nerdy mind screams  : “HAHA I know what I want !”

However the 2 dice roll has another specificity : it is improbable to roll small numbers. This means that the probability to land on close cells in minimal. So in order to land on cells of the same color (which are only separated by 1 or 2 cells) during the same board cycle you would have to land on the first one AND roll an improbable 2 or 3. Landing on the 3 tiles is impossible.

Therefore, would you  own only the 3 cells from the same color the average landings on your property your opponent will make each cycle would be around ( this is an approximation ) 31% as there would be no double or triple landings.

Diversification made you move from 0.31 landings to 0.38 landings. That’s an 22% increase in revenues !

I know. I am such a nerd. My point still holds : diversify !

This is the second strong advice that I give to clients and try to apply to myself while investing. And it is very very strong in real life.

So why not trying to apply it to the game.

That is what I did. From the very start of the game I started rampage buying properties in order to “invest”  the maximum of my starting capital the sooner possible. My objective was to maintain a very limited amount of cash on hand (literally) and to continue investing as soon as possible.

So I did not try to wait for the right investment (ie. waiting for the happy dice roll that allows you to constitute a suit for instance), and bought everything I could, the faster I could.

At first income from those investments were scarce, and well under my recurrent revenues (passing through the starting cell). My son did not follow this strategy and waited to buy the “right investment”, so he slowly but steadily started to land on my properties more often than I did on his.

And I reinvested those small revenues as soon as I could. And it started to compound.

Small at first my investment revenues started to get bigger, up to a point (where I had started improving properties) where they became big enough to actually represent a large portion of my “work” revenues. The parallel with investing is striking…

Get away from narratives and role playing

And this was my son last, or should I say master error.

From the very beginning he started focusing his purchases on a very specific set : train stations and utilities. He wanted them because it was fun, because there was a narrative, he was role-playing.

He also focused on properties whose name or color he liked. But kept refusing purchases of properties he disliked.

Apart from preventing him from sound diversifying and healthy compounding, this bias could actually be used by a unscrupulous other player…

“Nooooo… you did not you vile scum ?”

Of course I did, I am merciless. I did tried to buy just one train station and waited for him to try to land on the remaining ones, wasting time and increasing my own train station bargaining power.

Narratives are free lunches for unscrupulous people using them in order to win the money game, be it monopoly or investing. Run from them.

Moreover I applied this sound investing principle to myself, not trying to create an empire, focus on prestigious properties, run after train stations and utilities, or focus on getting at least 1 hotel…

No, I kept away from all those stories and continued buying, compounding and computing odds. Examples of strategies that could be used in a very rational Monopoly playing style, and that I tried to use :

And know why this matters

There is actually a huge difference between playing Monopoly and investing. Investing is not a game, it should not be, ever. Investing, as I already wrote previously, should be desperately boring, because emotions are the investors worst enemies. Strong social, governance and environmental concerns shall be pursued indeed, don’t get me wrong, but emotions, greed and fear being the first, are to be quelled as they are dragging us down.

At the opposite of Monopoly, investing do have a strong influence on our life. It can be stressful, emotional and focused on the very goal of “making money”, or it can be relaxed, rational and focused on achieving our life goals. It is up to us to choose, but I think we should favor the later.

And that is actually where, as an investor, we can learn from playing monopoly with our kids. We know it from the very start of the game : it is all about the kids. It is not about winning, it is about having good family time. And while it is actually obvious in a board game, it is not enough in investing as we can easily forget about the finality of it and get lost in our hopes for “higher returns” or “sexy investments” or “risk-free returns” (which do not exist).

In Monopoly we will cheat to let our kids win. In investing we have to cheat ourselves, because we are the kids in the investing game. We under diversify, we wait for the right investment or entry window, we fall for narratives and forget about the odds.

But most of all, we forget that, at the the end, this is all about the kids.